Strona główna 6th annual conference of the Against The Tide clubs

6th annual conference of the Against The Tide clubs

Against The Tide TV (Idź Pod Prąd) is in many respects a unique phenomenon on the Polish media-socio-political scene.

It is a television, which was started in the home of Pastor Paweł Chojecki and very quickly gained an audience of thousands in Poland and among the Polish diaspora. Viewers of the Against The Tide TV began to integrate and at grass-roots level organize into Against The Tide clubs. There are currently several dozen such clubs around the world.

The main characteristic of our environment is how we  the join the Bible with history and politics. Pastor Paweł Chojecki, editor-in-chief of Against The Tide TV, is known for waving the Bible in his hand during programs. Thanks to that, many Poles, traditionally accustomed to listening to the Bible only in church, have begun to read it on their own, apply its truths in life, and use its wisdom to understand the modern world. In recent months, we’ve been able to mobilize anti-communist environments around the world to jointly petition President Donald Trump to hold the Chinese government accountable for the coronavirus pandemic. We collected over 100,000 signatures in three weeks!

You will be able to hear the authors of this success live during the 6th Annual Conference of the Against the Tide Clubs, on June 11-14, 2020. You can’t miss it!

The Conference will host, among others: 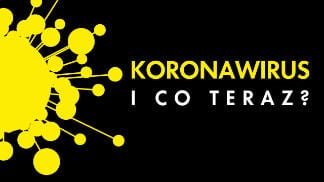